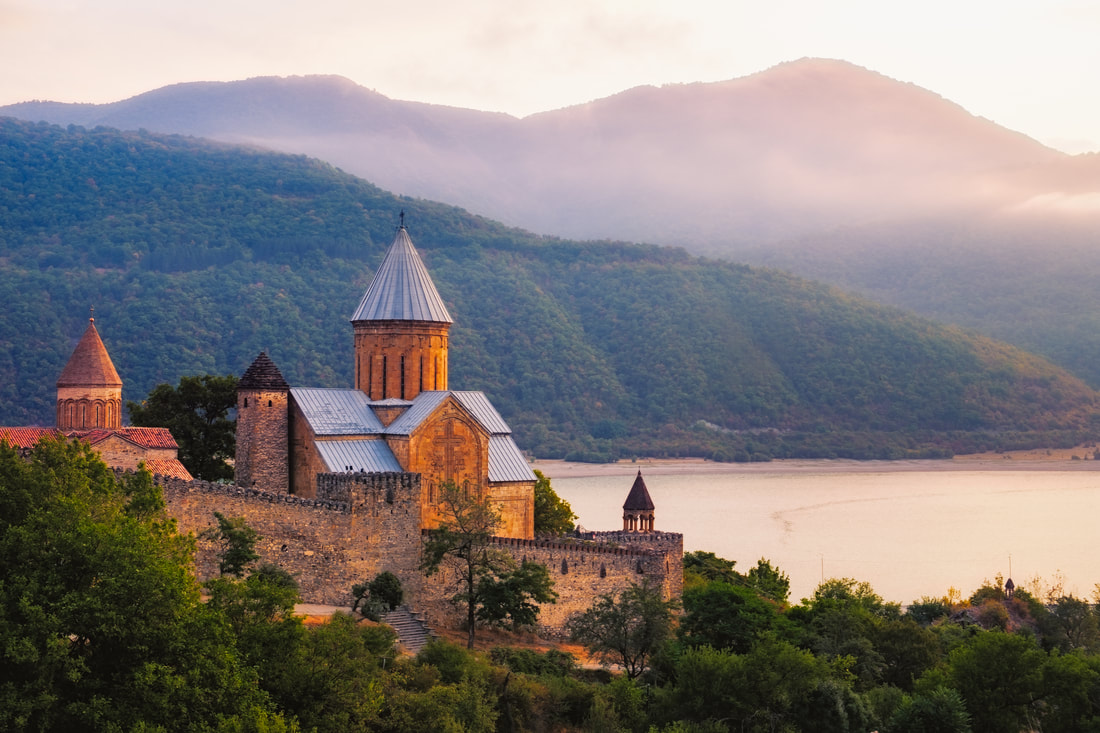 Some time ago, I was asked to do a guest post for Rising Shadow (a Science Fiction/Fantasy Blog and database) on world-building in fantasy. Since I did a lot of world-building to create the Spellgiver books, it seemed like something I could flap about without making too much of a fool of myself. So, here you have it: Below are my ramblings on how to create a richly detailed and evocative world for epic fantasy. All opinions are my own, and YMMV. Cheers.

Do you remember why you fell in love with fantasy? I do. Fantasy draws a line between good and evil that’s sharper than what you see in the real world. It’s a genre of heroism and myth, absolute hatred vs blinding love, yearning for a time where not everything was known, and some places hadn’t been explored. Most of all, fantasy is a genre of strong emotion.

But at the same time, if you talk to fantasy readers, you often detect weariness. More than any other genre (I believe), fantasy has worn out its tropes like tire-treads on a street racer. We’ve seen it all—the stock characters at the inn, the do-no-wrong hero, the Tolkien progeny endlessly rehashed. The prophecies and quests and secret languages, and magic with no form.

Now, nothing is wrong with tropes, because tropes are what people fell in love with. They’re cozy and familiar. But tropes are meant to be subverted, they are meant to be twisted into something not quite seen before. The same is true for the races of the world, and the cultures. What I’m saying is that fantasy is best when it is paired with imagination. Taking the world of LOTR and changing the place and character names doesn’t really require imagination. It’s not that traditional fantasy can’t be interesting, because in the end, everything comes down to the conflict and characters. But it will always be more interesting if the world is wrapped around new concepts. Keep the tropes—the hero’s quest, the spells, the prophecies—but make a version of them people haven’t seen before.

With that out of the way, I will give you the steps that I went through to make the world of Spellgiver. These are neither right, wrong, or other, they are just my own. If they help trigger someone to embark on their own path, then that would be great. But in the end each writer has to find their own way.

Step 1—Statement of Principles
My principles were the following:

Step 2—Resolving the Principles into High Level Structure
OK, so how do you do this one: “A world that by its very construction, invited conflict” ? The only way I can answer this is to provide an example.

In Spellgiver, there are two classes of creatures: Humans plus their four-legged brethren, and a class of creature known as “Indigen”.  Indigen are six-legged, have organs that can function for sight or hearing (in inverse proportions), can project emotion, and have so many other differences from humans that they clearly come from no common place.

Most of the major flashpoints in Spellgiver can be tied to the life-or-death struggle between these two broad classes of creatures. That includes both divine and earth-based wars, because, of course, Indigen creatures have their own gods. And to add another layer of complexity, there is yet a third type of “god” that was never meant to exist in this plane. The three layers form a triangle of enmity which governs every aspect of the world’s cultures and religions.

My intent isn’t to dive into the specifics of Spellgiver, but only to show how a few basic tenets (two classes of creatures and gods) can quickly mushroom into complexity that spreads into every aspect of life—religious, cultural, etc. There is a similar layer of complexity around the use of magic. This includes a moon with high and low seasons that affect the strength of spells, and the tenet that magic originated from the ruins of a long extinct indigen race. When you throw these odd facts together into a single bowl of stew, you get a swirling morass of complexity.

So, I’m talking about complexity like it’s the end goal. Is it?

Sort of. If handled correctly, complexity can add a huge layer of reality to your story. That’s the next point.

Step 3: Thinking through the Details
A complex world feels rich. A complex world has small details, cultural quirks, odd holidays and unique sayings that make it feel like a true alternate reality, shifted one foot to the left. To do that, the author has to take all the decisions made in the previous steps and think through the implications.

Ultimately, I believe world-building is half imagination, and half logical thought. Thinking through the implications of all the unique features you’ve imagined in your head will turn those half imagined thoughts into something real. And that will cause those peculiar traits to spread like veins throughout every aspect of your character’s background, religion, interactions and speech patterns.

Now, even though I’ve structured this post as a series of steps, it’s not really that linear. Thinking through the implications of your world is not something that is done all at once in an ivory tower before you start writing. Some of it is that way, but much will occur to you as you write. Let’s say you have your character meeting someone at some public event. Well, what kind of public event would your character attend in her world? Is it religious? Political? A street fair?  In writing, every scene should have a purpose. And if possible, every scene should have multiple purposes.

So maybe character 1 meets character 2 at a public event in order to advance the plot in some way. The main purpose of this scene is the events that happen at their meeting. But the background event also has a purpose, and that’s as a vehicle to surreptitiously introduce some element of your world. Let’s say the event is religious. If you’ve thought through the implications of your world, you can portray this event in the background, including all its weird details, while the characters are engaging in the main business of the day. When you casually mention the occasional strange fact, or make a unique ritual the tableau for a conversation, the world suddenly moves from a flat piece of paper into a three-dimensional room.

Step 4: Map
Many people would put map first, and I don’t disagree. But if so, be prepared to re-draw as details of your world become clearer. As you think through the implications of your world’s characteristics, this may naturally alter the shape of the map, and where things sit.

To be honest, drawing a map was one of the first things I did, but I had to change it many times. I’m not sure I would do it that way again. Though it did help.  So, as stated earlier, I’ve presented these as linear steps, but of course that’s not real life. In reality, a map may be an ongoing process that runs in parallel to everything else. You may want to start with a high-level pencil sketch very early just to set the boundaries down. And then make it more solid as details become clear. When I had everything in concrete, I got a professional cartographer to create the map of the world from my drawings, and while it wasn’t cheap, it was one of the best decisions I made. All the finer details came into sharp focus once I could see my world in bright lines.

Step 5: Finally—Be willing to revise
OK, revision is a must for any writer. But since this is a post on world-building, here I’m specifically talking about being willing to revise your prose with details of your world as you figure them out. Maybe you have a bland section of writing where the scene is only accomplishing one thing. Why not slip some detail of your world in there to spice it up and add a second purpose?

These bits of world-building opportunity will not always (or usually) be apparent to you as you type. Sometimes, you just gotta let the story flow without stopping every half-minute to think about background details. But if so, revision is a must. To make this work, the writer has to be willing to go back and add the colorful details after the fact. All that rich world-building has to find its way into the cracks and crannies of the plot, or else, what was the point?

So to summarize on revising: Much of your world-building will be front and center. Meaning that the conflicts you develop there will drive the plot, and they’ll never be far from the reader’s mind. But many of the smaller details will not naturally jump out at you, and these are the small details that make the world come to life. These will almost always have to be added back in after you’ve finished writing. The willingness to do this is what separates the hard-working from the less-hard-working author, and I believe it form the balancing point between a book that is merely good, vs one that draws you into its world.

But make no mistake, it is time consuming (though enjoyable).

Last Note: Introducing your world as you write
I’ve sort of implied this above, but I’ll try to make it clear here: World-building details should never be in-your-face. Sure, the main conflicts of the world form the plot, and that is the mountain on which everything else rests. But the purpose of a scene should never be merely to introduce some aspect of your world. When you do that, it calls attention to the fact that this is a story, instead of an alternate world.

Conflict and characters and plot always come first. Every scene should put those front and center. But you can introduce the small details of your world without violating that precept. Put those scenes in some context that shows your world in the background. Make the characters say things that reflect the culture and times which they live. Are there accents? Different ways of looking at things that arise from the culture? Past experiences based on your world-building that color an entire conversation? Religious viewpoints that make some people dogmatic or introduce interesting ways of looking at things? All of these are ways to introduce your world while still allowing the plot to move forward. Showcase all those details without letting anyone know that’s what you’re doing.

OK that’s it from me. I hope that any authors (aspiring or otherwise) can take the things they need from this, leave the rest, and make it their own! And remember that the worlds of fantasy are infinite and beautiful.