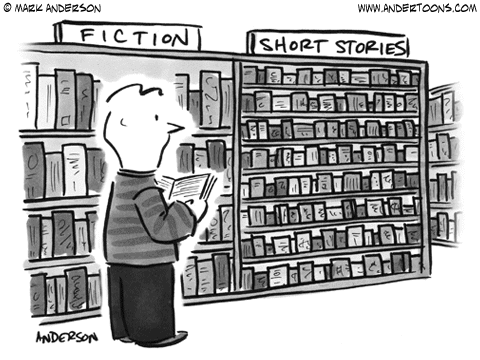 It’s been a while since I blogged, and am bursting with fruit flavor to post about two exciting  developments on my books. But we’re in early stages, so I’m going to keep mum on that for now.

So in this first blog post in a long time, I’m going to ignore all etiquette to start out with a shameless plug—my short story “Detective”, about a detective in the implant-ridden days of 2078, is out in the first volume of Black Ice Magazine, for sale here: http://www.magcloud.com/browse/issue/1245946?__r=707890. This is a superb collection of stories for anyone who likes Cyberpunkish-type tales (I don’t know whether they all exactly fall under the CP title, but they’re in that vein). I’m really impressed with the quality of the magazine, and I hope it finds success.

So is this blogger bait and switch? What does that have to do with the title? I’ll explain. My story Detective was written over two years ago, and unlike some of my other short fiction, never received much encouragement. Of my short fiction that hasn’t yet sold, I have several pieces which seem “almost there”. Meaning that they continually make it up to the second round reading in a pro or semi-pro magazine, or an editor gives me a nice rejection letter that says the story’s great but he can’t use it for whatever reason. I would say that of the 15 stories I haven’t sold yet, 3-4 are in that category.

“Detective” was never one of them. I never got anything but form rejections on this one. At the same time, I always had a general sense of unease with this story—I liked big parts of it, but I always suspected that the pacing was off, and that I had too many extraneous details. But since it’s meant to be a funny story, and some of those details feed into good jokes, it was hard for me to let them go. Here’s the short description of the story from my website: “Fifty years in the future, detective Luke Belayo is one of the last implant-free renegades in a population studded with brain implants. But when everyone is a superhero, a little bit of kryptonite goes a long way–and Luke will need it to solve the most dastardly of political crimes.”

I submitted this to Black Ice last year, and the editor came back with a “reluctant rejection”. Meaning that he liked big parts of it, but parts of it needed work. The comments weren’t completely specific, but they gave me an idea where to modify—and it so happened that this was exactly the spot I’d always thought slowed the pacing down. I bit the bullet, ripped out that whole chunk of the story and rewrote it. I modified other parts too, but that was the main one. After submitting again, the editor loved the story, and accepted it, and here we are.

So what’s the lesson here? Obviously we writers get a lot of feedback on our stories or books, and knowing which feedback to take is always the hard part. I think the biggest part of successful revision is having a good sense of your own writing. I know this may sound like a platitude, or obvious, and I wish there was a simpler formula. But as I continue as a writer, I find this is really the key. In other words, to determine whether feedback should be incorporated, I think at least one of the following MUST be true:

I find that of the two items above, number 1 is actually more important. Now, no one can truly spot all the issues in their own writing; this is why we get others to read our work. But writers who are “self-aware” will get hints and flavors of how their writing will appear to others. While you can’t be sure, with enough experience, you can read through your own stuff and get a good idea of where the pacing drags, what the general tone is shaping up to be, how readers will react to certain scenes. That takes experience, but once you have this “writing self-awareness”, it makes deciding which feedback to take and which to reject much easier. Once you have a good sense of your own writing, much of the valuable feedback will mesh with half-formed impressions that already lurk in your subconscious.

So how do you become a “self-aware” writer? The only way I know of is to get critiques. LOTS and LOTS of critiques. By continually subjecting your writing to the opinions of others, you will start to understand your own weaknesses, and how others view your style. After so many times submitting my stories to my writing group, I find that now I can predict with about 60-75% accuracy what they will say on a given piece of writing. And that really helps when it comes time to take critique.

I’ll have a separate blog post on a related topic of using beta readers for your book, which I feel qualified to talk about now, since I’ve had about 15 beta readers on my novels. But this blog post has gotten quite flappy, so I’ll end it here. Till next time!